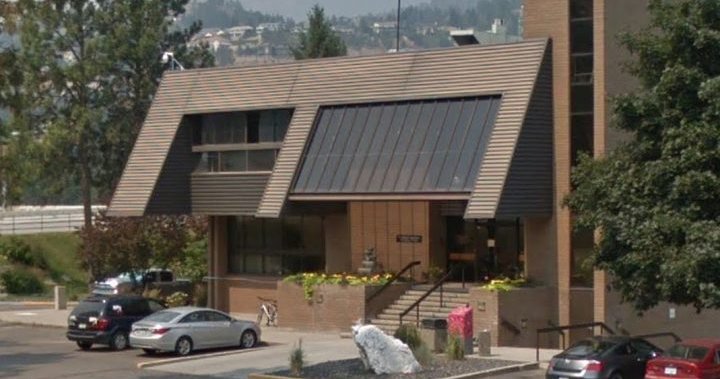 Westbank First Nation said it would change its policies following an independent report into an alleged improper land sale.

According to Westbank First Nation (WFN), the report was released this week, and it “identifies multiple serious issues with the transaction, potentially costing the Nation millions of dollars.”

WFN says the sale took place in 2021 and involved two WFN staff members who sold and transferred property to Peachland without council approval. WFN says it is looking to freeze the sale.

“The Council has accepted the findings and recommendations contained in the report and is taking immediate action to implement the reforms necessary to protect WFN’s ability to govern itself,” the First Nation said in a news release Friday.

WFN says the property was appraised at $1.5 million by one employee via an outdated 2009 appraisal, “likely much less than the market value of the property”, with the other employee later transferring it.

In an interview with Global News, WFN says the property is now worth at least $5 million.

“When you have valuable real estate that is an asset of the members – and I must repeat that this is fee simple land, not reserve land – that is allegedly being sold by the government and the members themselves, without valid board clearance, this raises serious concerns,” WFN leader Christopher Derickson told Global News.

The First Nation said it was pursuing further civil and criminal investigations into the transaction in an effort to reclaim the lands or seek appropriate compensation.

WFN says the report was released by Marion Buller, chief commissioner of the National Inquiry into Missing and Murdered Indigenous Women and Girls.

2:07
Kelowna among the best real estate markets in Canada to invest

Kelowna among the best real estate markets in Canada to invest – January 19, 2022

“The report identified gaps in governance and practices that need to be corrected immediately,” WFN said.

“The recommendations will help improve the governance and oversight of important financial decisions to prevent such a situation from happening again. The PNW Council has directed senior management to begin implementation and regularly report progress to members. »

In the press release, Derickson said, “We are addressing the root causes of the issues. We are also forming a Reform Advisory Committee of governance experts and members to advise on reform efforts to implement the report’s recommendations and strengthen our nation’s self-government.

“Our members deserve accountability, transparency and a government that protects their interests. We recognize that we cannot do this alone and rely on our members and partners for their support as we work diligently to implement the recommendations.

“We must work together to put our nation on the right path to a better future for our members.”

He said the improvements included the recording of all board meetings and a careful review of the WFN constitution.

Derickson said the mere fact that the land was sold “demonstrates major gaps and shortcomings within our PNW governance structure. These must be addressed and corrected immediately, and we are taking steps in our governance to ensure that something like this does not happen again.

He added that the shortfall was the potential loss of income band members “that could have been spent on programming and services, housing for members, any number of government services could have been supported by these revenues that we have not received”.

Derickson said one employee involved in the sale no longer works at WFN, while the other is on leave. He also said an RCMP file had been opened on the sale.

As to why the WFN announced the sale and its opposition to it, Derickson said it all had to do with transparency.

“Transparency is a fundamental principle of any liberal and democratic government,” he said. “Whether it’s indigenous or non-indigenous, without full transparency, citizens, stakeholders don’t have a full picture of what’s going on.

“And if this is to be governed by the people, then there must be accountability to those people. And pulling back the veil, so to speak, we should, as democratic governments around the world, welcome this kind of scrutiny.

“Because our citizens – and in this case, our members or residents who live on our lands, businesses on our lands or those who associate with Westbank First Nation – deserve to see the big picture and deserve accountable and transparent government.

“It creates a stronger government for everyone.”