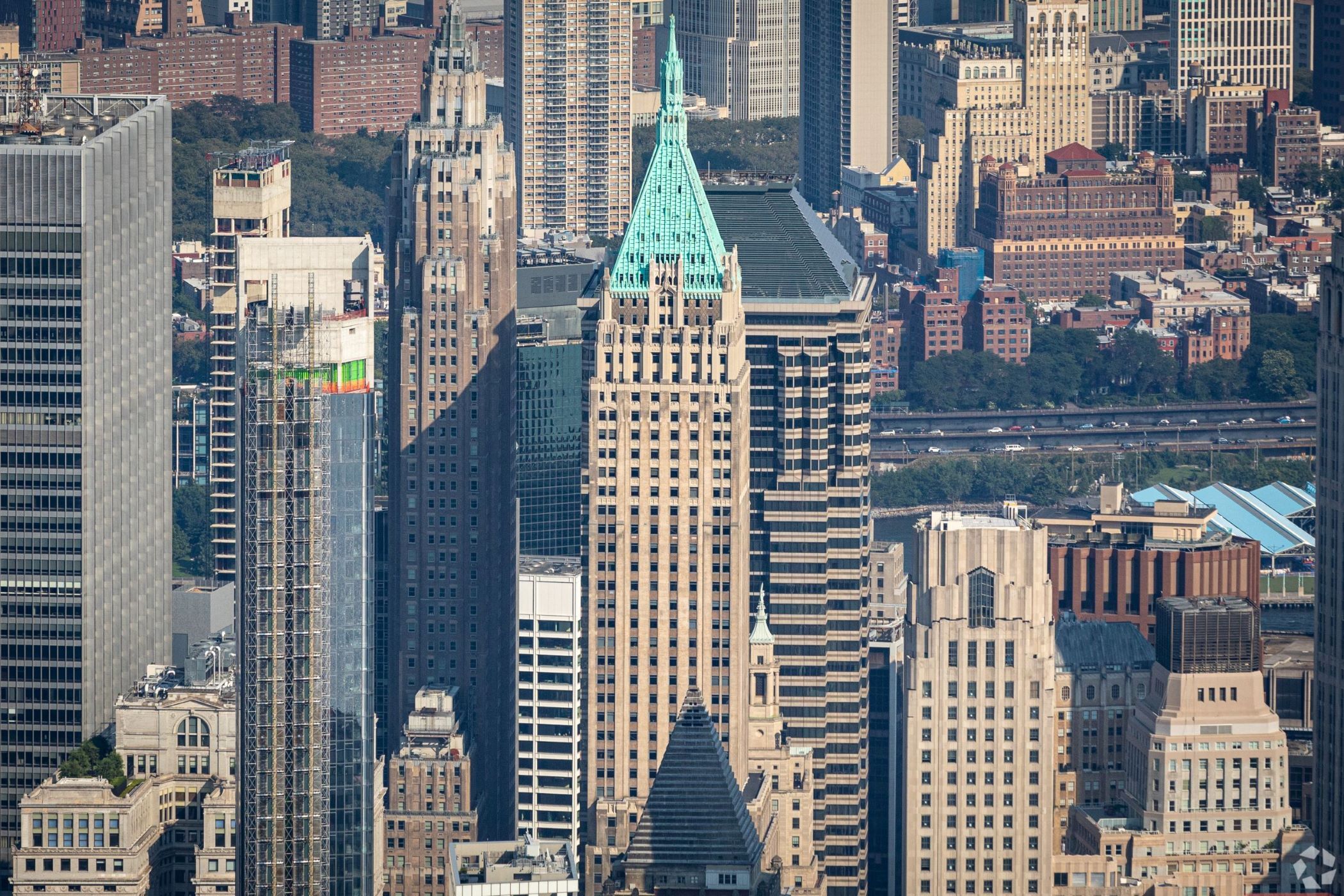 A lawsuit filed against former President Donald Trump and his real estate company last week outlined various ways the Trump Organization allegedly tried to influence the valuation of some well-known properties bearing the family name across the country. .

The civil complaint filed by New York Attorney General Letitia James offers a window into how esoteric instruments such as land leases, bonds, given development rights, conservation easements and real estate licensing agreements could be used to affect the value of a property.

Taken together, the allegations paint a picture of simple financial statement deception, such as ignoring accepted accounting practices, misrepresenting and ignoring the opinions of outside real estate professionals, exaggerating the size of properties and “seeking” favorable sales comparisons to inflate Trump’s value. Assets of the organization.

The civil suit is asking for at least $250 million in penalties. Trump called the claims a political “witch hunt” and his lawyer said the attorney general’s claims were baseless and that no wrongdoing had taken place.

One of the starkest examples of alleged deception in the civil suit involved the 72-story office tower in 40 Wall Street in Manhattan. Here is a closer look at the claims related to this building. The Trump Organization did not respond to a request for comment from CoStar News.

The Trump Organization owns the leasehold interest, meaning it controls the skyscraper’s operations and collects rents while making payments to the separate owner of the land below.

Land leases often last for 99 years or more and often require relatively little rental income to be repaid each year. But many transactions in New York contain provisions where payments are reset in predetermined years to reflect changes in a property’s value.

Even though the ground lease reset was years away, the complaint alleges that its impending effect would lower its price in a sale today, thus explaining the significantly lower valuations.

Capital One, which held a $160 million mortgage on the property, raised concerns about cash flow in the building as early as August 2009, according to the complaint, leading to a meeting with Trump Organization executives, including Trump and its chief financial officer, Allen Weisselberg. .

Trump said if the bank tried to restructure the loan because of a low valuation, he would create a lease with Trump University paying rent on the then-vacant space to “increase” the value, before ordering his own assessment, according to prosecutors. Trump University closed in 2010 and years later reached a $25 million settlement with former students who said they were defrauded.

Trump received a loan modification in 2010, with the company reporting projected net operating income for the following year of $4.4 million.

Net operating income is essentially the rental income left over after paying operating expenses such as property taxes and insurance.

It was the key measure used to calculate the value of 40 Wall Street, according to the lawsuit. Net operating income was divided by a capitalization rate, or rate of return, to estimate the tower’s market value. This means that the higher the NOI or the lower the capitalization rate, the more the building is valued.

But the developer used inflated NOI amounts — $26.2 million, nearly six times the previously estimated $4.4 million from the loan modification — to calculate the property’s value from 2011 to 2015, according to the complaint.

This led to a significant discrepancy between the appraised value and the value reported by Trump in separate documents from the appraisals ordered by the lender.

The Trump Organization in 2015 negotiated more favorable loan terms for $160 million in debt through Weisselberg’s son to replace the Capital One loan, the lawsuit says. Weisselberg’s son was an employee of Ladder Capital Finance, which issues loans that are then securitized, according to the suit. The complaint alleges that the Trump Organization overstated the value of the tower to refinance the building. Ladder Capital did not respond to a request for comment from CoStar News.

Internal worksheets prepared by Cushman showed a Ladder Capital valuation of $600 million and a Trump valuation of $533 million, with Cushman eventually arriving at a valuation of $540 million – more than double his previous valuations, according to the complaint, “under pressure from the Trump Organization and the Scale Capital.”

The valuation was calculated using inflated market rents, as well as claiming a $1.4 million lease with grocery chain Dean & DeLuca, which had yet to sign the deal, according to the complaint. Dean & DeLuca then signed a lease but never opened before filing for bankruptcy.

Even after underestimating costs such as management fees, Trump received an assessment from Cushman of $500 million. From there, Trump and Ladder Capital worked to increase the valuation by making “unreasonable adjustments,” such as reclassifying recurring expenses as one-time expenses, according to the suit.

Those changes, combined with shifting assumptions about the effects of the ground lease reset on the valuation, led to an eventual valuation of $540 million, according to the lawsuit.

In a recurring theme of the complaint, a valuation adjustment concerned the size of the 40 Wall Street tower, with the Cushman valuation reducing the previously listed usable area by 10% to account for mechanical space. Since development density on the site is part of the formula used to calculate the ground lease reset, decreasing the amount of space would reduce ground lease payments by more than $5 million per year in the tower. of nearly 1.2 million square feet, according to the complaint.

The Trump Organization provided partial information of the $540 million valuation to its accounting firm, Mazars USA, withholding information such as sales comps it used to estimate the value of the Wall Street building. to more than $735 million in its 2015 financial statements, according to the suit.

This high valuation was achieved by choosing overly optimistic sales comps, according to the lawsuit.

Earlier this year, Mazars severed ties with the Trump Organization and retracted the financial statements it had produced using information provided by its client.

Although Cushman’s valuation calculated a cap rate of 4.25%, the Trump Organization changed it to 3.29% – implying a much higher potential sale price – “based on a particular comparable sale,” according to the complaint. Even though Cushman did not use that cap rate and instead opted for 4.25% as the appropriate percentage, the Trump Organization attributed the higher sales compensation to the valuation in its financial reports, according to the suit.

Since the debt was securitized and sold to investors in a commercial mortgage-backed securities offering, the valuation was reviewed by Morningstar.

For a loan report, Morningstar adjusted the lease rates, net operating income, and capitalization rates used in the valuation, which it used to calculate an actual value of $262.3 million, according to the complaint.

That was about $474 million less than the value in Trump’s 2015 financial statements.

The following year, the ratio of income to debt service expenses at 40 Wall Street plummeted to such an extent that a loan issued by Ladder Capital was added to a watch list.

At this point, the Trump Organization changed its valuation formula, focusing only on sales comps, according to the complaint, without disclosing the change in methodology in its financial statements as required.

The valuation peaked in returns in 2016, with a building value exceeding $796 million. The Trump Organization kept the estimated values ​​inflated by ignoring the ground lease reset and using unrealistic sales comps, it is alleged.

In 2016, the Trump Organization multiplied the square footage by $684 – well above the $464 per square foot used in the 2015 valuation for Ladder Capital and even more above the $225 calculated by Morningstar .

The $684 per square foot figure came from the sale of a nearby building at 60 Wall St., the complaint said, though it was completed in 1989 and the Trump Organization building opened in 1930.

In subsequent years, the Trump Organization used comps over $600 per square foot.

In 2020 and 2021, documents indicate that the Trump Organization used compensation of $692 per square foot, based on the sale of nearby 44 Wall St., with 15% then subtracted to account for the difference in size of the buildings. buildings and the effects of COVID -19, according to the complaint.

But that selling price in that comparison was actually $564 per square foot, an error that prosecutors say added $130 million to the estimated value.

(Corrected September 29 to reflect that mortgage payments were not included in operating profit calculations.)