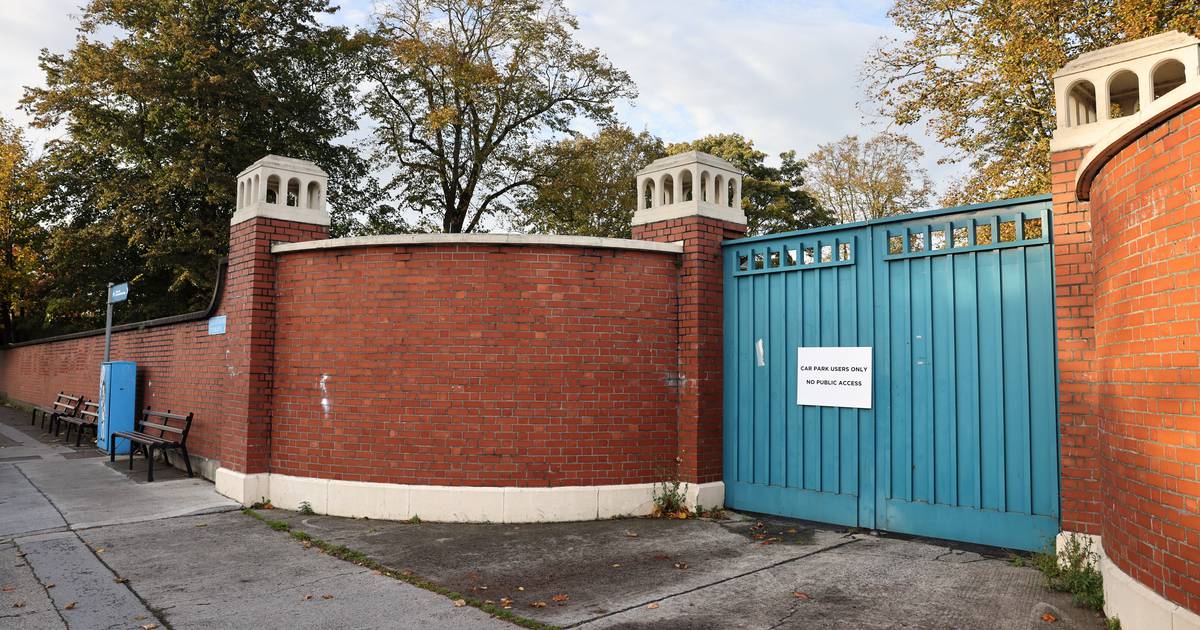 In a recent submission to Fingal County Council in Dublin, planning consultants acting for the Vincentian Religious Order requested that two plots of land at Castleknock College be rezoned for housing.

The order has been educating students at the site since the 1830s, when Catholic emancipation began, and plans to continue. But it has land “surplus to the needs of the effective operation of the school” and has identified plots on the northwest and northeast outskirts of the 28.65-hectare campus as having potential to house ” without disrupting” school activities.

Planning consultant Simon Clear’s article for Vincentians does not quantify the area of ​​the plots in question, which appear from the maps in the submission to comprise a minor part of the campus and perhaps less than an eighth of the ground. Yet a property appraiser said the order could expect to receive between 8 and 10 million euros per hectare if the land had planning permission for housing in the affluent west Dublin suburb. Seeking zoning “for residential development” is only the first step in a process that could still bring in a large sum of money if the plots were ever sold.

Times have certainly changed since John Lynch, the first student to enroll, arrived in 1835 from Clones, Co Monaghan, embarking on a journey that would lead him to become the first Archbishop of Toronto: “I came on the Sunday before the opening Monday and had time to walk the hills and inspect everything. Nearly two centuries later, as a deep housing crisis drives up the price of houses, apartments and rents, the path now being taken by Vincentians is being followed by many more commissions.

Their submission on the Fingal development project came as the Christian Brotherhood petitioned the local authority for residential zoning on some seven hectares of land at a retreat center near Swords in north Dublin, which the evaluator, could have a value greater than 22 million euros with planning permission.

A February submission to Dublin City Council by the Irish Province of the Carmelite Order sought residential zoning on a 2.6 hectare site at Terenure College which is not needed for education. The expert, speaking on condition of anonymity, said 400 apartments could be built on such land in the southern suburbs of Dublin, suggesting a valuation of €32m to €12.3m per hectare. “All of these values ​​are based on obtaining planning permission.”

These are just some of the latest maneuvers in a vast process of ceding ownership by Catholic orders, their outlook fundamentally altered by aging congregations and declining vocations to religious life. As a weakened church that once dominated Irish life faces a diminished future role, the decades-long secularization of church land has accelerated in the property boom following the crash of 2008.

Church bodies have ranked among the largest and most sophisticated property owners in Ireland for generations, with extensive properties throughout the state. Now, a review of dozens of public and private documents reveals that religious orders have made at least €1 billion – and possibly more – in property sales since 1999 in a process that looks set to continue for years .

“The Catholic Church is just getting started,” says a senior real estate consultant who has advised religious orders on big land sales. “There is an evolution, cities are constantly evolving. This is partly because activities become redundant and underlying land changes hands. »

Yet the money raised by religious orders over many years comes against the backdrop of a sporadic debate over the extent of religious contributions to taxpayer-funded reparations for survivors of institutional abuse.

Many religious property sales took place during the Celtic Tiger boom years, at a time when Church bodies were under pressure to make a greater contribution to the 2002 public reparations program for former residents of institutions run by clerics who had suffered abuse. The costs of investigating and remedying child abuse were estimated at €1.5 billion in 2017 by the Comptroller and Auditor General.

In the 2002 reparations agreement with the government of Bertie Ahern, heavily criticized at the time and since, Catholic institutions reached a binding agreement in 2002 to pay 128 million euros to the state in reparations. So far, 125 million euros have been received in cash, goods and consultancy services, according to the Ministry of Education.

Figures on church land sales from 1999 were provided to the government in 2009 by 16 of the 18 congregations which were in talks at the time to increase church contributions after the 2002 scheme. Some 111.5 million euros in cash and 7.4 million euros in goods have since been received under a 2009 voluntary agreement to provide an additional 353 million euros, a target later reduced to 226 million euros . Two other transfers of ownership and another cash contribution are due.

This data suggests that the congregations had between them made over 600 million on property sales in the 10 years to 2009. The figures included some 170 million made by the Sisters of Mercy in more than 260 separate sales, some for nominal amounts and many described as below market value; €105 million realized by the Oblate Fathers from the 2004 sale of Belcamp College and surrounding farmland at Balgriffin in North Dublin; 80.23 million euros made by the Christian Brothers during this period; and 66.3 million euros made by the Sisters of Our Lady of Charity.

The most recent wave of sales includes three former seminaries, as vivid a reflection of any lack of young men eager to enter the priesthood. The Catholic Archdiocese of Dublin made €95million in 2019 from the sale of Holy Cross College in the northern city, once Dublin’s main training college. That same year, the Jesuit order received some €65 million for the Milltown Park site of its former theologate in Ranelagh, Dublin 6. In 2015, the Redemptorist order received €42 million for the Marianella’s seminary, church and land in Rathgar, also in Dublin 6 The list of other sales goes on and on, with the value of known big deals in Dublin since the crash exceeding 400 million euros.

The intensive real estate market activity by religious orders and religious bodies comes as talks continue between Children’s Minister Roderic O’Gorman and congregations involved in running mother and baby homes over a contribution to a new €800 million state remedy scheme for thousands of former residents of these homes.

Over the past year, O’Gorman approached the Bon Secours Sisters, the Daughters of Charity of St Vincent de Paul, the Sisters of the Sacred Heart of Jesus and Mary, Our Lady of Charity of the Good Shepherd, the Sisters of Mercy and the Sisters of St John of God, and he also wrote to the Legion of Mary, a lay Catholic organization. A spokesperson said this week that the minister was “engaged in a process of negotiation” with six religious congregations and a lay body. “As long as these negotiations are ongoing, they are treated confidentially. Accordingly, it would not be appropriate to say more about the matter at this time.

Last year, Housing Minister Darragh O’Brien separately urged the church to allow the use of church property to help tackle the housing crisis, which Catholic leaders have insisted the fact that the church was already doing significantly. “The Department and the Regional Planning Agency [LDA] engage with the church on the identification and potential use of suitable properties and land,” O’Brien’s spokeswoman said, without providing further details. The LDA is the state body officially established last year to raise and develop state land for housing.

Whatever the prospects for the LDA’s engagement with church figures, the property consultant said the rapidly shrinking religious communities were driving the sales cascade over the past two decades. “They get to the point where there are a dozen priests bustling about in a building built for a few hundred people.”

Orders were to “resize” their accommodation and set aside money for the care and pensions of elderly religious. After studying the market for years, the consultant believes that most of the large properties that were to be sold by religious orders have already come on the market. “I suspect that the majority of the reorganization that was going to take place with large landholdings has already taken place. The tsunami hit them long ago in terms of new novices and priests.

But that’s only part of the story. In February, the Diocese of Dublin urged the City Council to allocate dozens of church sites in the city to zoning that would allow homes to be built there. This push by the diocese was resisted by council chief executive Owen Keegan, who made a recommendation against such zoning to councillors.

Councilors soon vote on a development plan to set ground rules for building in Dublin for the rest of the decade. But already some observers familiar with the row with the diocese believe the case could well end up in the High Court if the council refuses to grant a rezoning. All of this would have been hard to imagine in the heyday of the Irish church. Not so now.