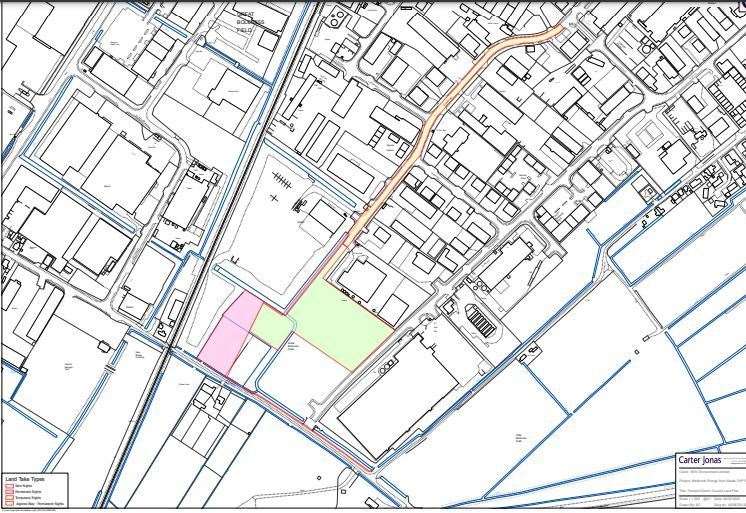 Selling land to incineration company would be ‘unforgivable betrayal’ for Wisbech

Fenland District Council has strongly rejected moves by MVV Environment Ltd to buy land from it to allow the Wisbech incinerator project to go ahead.

The managing director of the Germany-based developer, Paul Carey of Medworth CHP Ltd, has written to the council threatening to use compulsory purchasing powers to obtain the land it needs to build the incinerator, if the council refuses to grant them sell what they want.

But Fenland council is sticking to its guns after members unanimously passed a motion to oppose the waste incinerator project, in the legally required way at a meeting in February 2020, and even refuses to enter into talks with the company on the ground.

Mr Carey has offered the council £723,000 plus up to £5,000 in legal costs for the land off Algores Way, which he says is needed for various parts of the project, which will see a 54 incinerator megawatts dominate the Wisbech skyline if it goes forward.

In a letter sent to Fenland Managing Director Paul Medd, Mr Carey explains that Medworth CHP Ltd is preparing to submit its application for planning inspection – the incinerator is considered an infrastructure project due to its size, meaning it will be up to the government and not local planners to determine whether or not it can be built.

He goes on to say that the company has identified a parcel of land needed to enable the construction of the incinerator and said: “We would prefer to enter into a voluntary agreement with FDC to purchase the land required for the combined heat energy of the waste and power plant and temporary construction enclosure; rather than using the mandatory procurement route.

“We therefore hereby offer you, for the sum of £723,000, to purchase from FDC the entire land (subject to contract). We would also pay your

reasonable and properly incurred solicitor’s and expert’s fees associated with the purchase up to a limit of £5,000.”

Mr. Carey then offered to discuss the matter with the council officers.

But Mark Greenwood, Fenland’s Head of Property, Assets and Major Projects, responded on behalf of the authority and made it clear that it would not consider the voluntary sale of the necessary land and that he did not believe no need to discuss the matter.

He said: “As you are aware from previous discussions, the position of Fenland District Council was and remains that the council opposes your proposed development on a number of grounds including, but not including limit, the potential impact on local communities on the secure route for a future Wisbech rail link.

“The company has never questioned the importance of the future rail link and moreover no alternative has been proposed.

“In view of the above, I consider that engaging in further discussions would serve no purpose. Accordingly, the Board is not prepared to engage in discussions regarding the voluntary transfer of any land that may be sought for the delivery of the proposed installation.”

Council leader Chris Boden commented on Fenland’s position and said: ‘It would be an unforgivable act of treason against the people of Wisbech and neighboring villages if Fenland District Council voluntarily facilitated the incinerator project of Wisbech by selling FDC’s land near the incinerator site to Medworth CHP Ltd, especially if this sale were to take place “at a discount”.

“It may be a measure of inflation over the centuries that the current rate (for treason) appears to be £728,000, whereas 2,000 years ago it might have been only thirty coins silver.”

Opponents also have the backing of local MP Steve Barclay, and there is a vocal campaign group – Wisbech Without Incineration (WISwin), which has spearheaded community opposition.