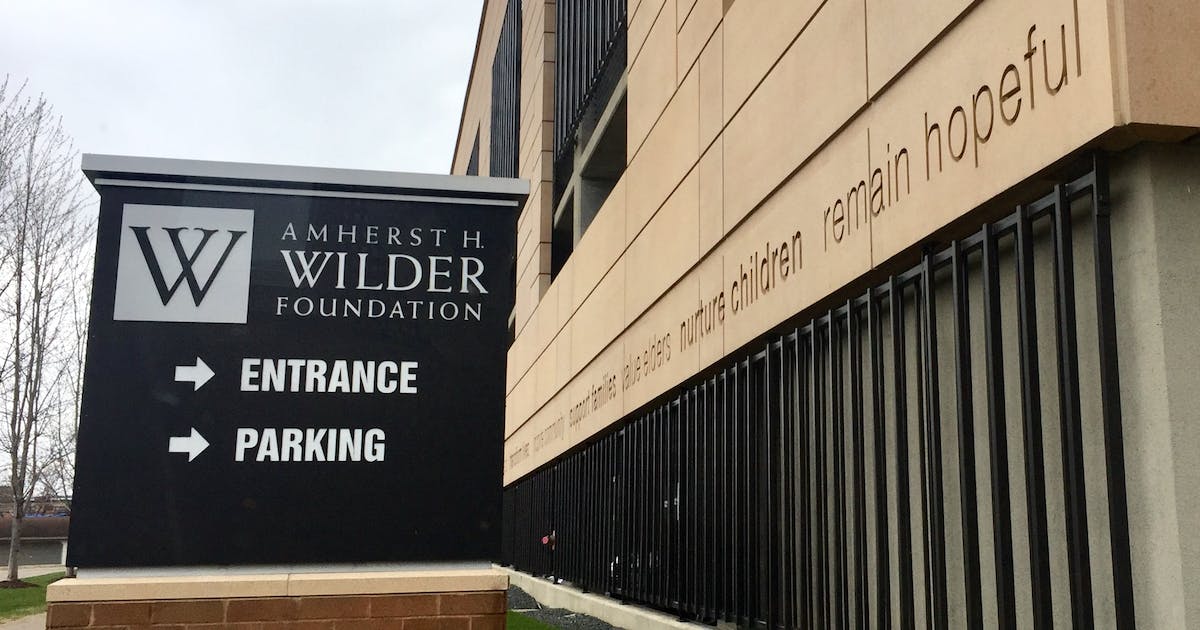 A deal struck by the Amherst H. Wilder Foundation to sell 600 acres in May Township could close in nine to 12 months, meaning a new and uncertain future for River Grove Elementary School that calls the site home since 2017.

The news, delivered to parents at the school on Monday in an email from River Grove principal Drew Goodson, both shocked the school community and brought a familiar feeling: The school was established after some families lost their primary school in a radical reorganization by Stillwater School. district that closed the nearby Marine Elementary School.

“It certainly brings up a lot of traumatic reactions in our families,” said Angie Hong, school parent and member of the River Grove school board. “We are going to relive this? The K-6 School has leased several buildings that were once used by Concordia Language Villages; it has 225 students and a waiting list of 71 children, according to Goodson.

“We’re super confused and frustrated by the situation,” Goodson said. “We don’t know exactly what the Wilder Foundation thinks.”

A Wilder Foundation spokesperson said the St. Paul nonprofit has signed a letter of intent to sell the property to the Minnesota Catholic Youth Partnership. The agreement would mean the property “will continue to be used to provide community service in a way that preserves the beauty and natural resources of the land,” Wilder spokesman Andy Brown said in a statement.

The sale would help pay for Wilder’s work serving the needs of the people of the St. Paul metro area. The potential sale price was not disclosed. Wilder has owned the property since 1957, operating programs there until 2003. The sale would be in line with a strategy developed in 2009 by the organization’s board to sell properties that no longer need the programs by Wilder.

A spokesperson for the buyer could not be reached Thursday, but Goodson and other members of the River Grove community cited a 2021 article from the Catholic Spirit, the newspaper of the Archdiocese of St. and Minneapolis, which detailed plans for the Damascus Catholic mission campus. from Ohio to open a summer camp and retreat center in Minnesota in partnership with Minnesota Catholics.

The group was looking for “approximately 200 acres on a usable lake this year within a two-hour drive of the Twin Cities and [to] build a 25,000 square foot lodge that can accommodate 1,000 people, cabins for 350 to 400 people and a retreat center,” according to the article.

The school’s lease runs until next summer, and some River Grove parents said they still hope they can negotiate a way to stay beyond 2023. Goodson said the school believes until she was on track to secure a long-term lease on the land recently. He developed a relationship with the Manitou Fund, a White Bear Lake-based nonprofit that owns the closed Warner Nature Center, also in May Township. The hope was that Manitou would buy the land and sign a long-term agreement with River Grove to stay on the site.

“That’s what makes it super disappointing,” Goodson said. “We’ve been very aligned with Wilder on that goal, that vision.”

Goodson said he believed the Manitou Fund was in active negotiations to purchase the Wilder property as recently as July. Instead, the school found out about the sale through a letter Wilder sent to the May Township Council on September 1 announcing the deal.

River Grove mother Kate Seitz said she and her husband moved to Marine for schools, arriving a month before the district announced the elementary closure. After playing “a small part” in the creation of River Grove, she had hoped that her fifth grade daughter and kindergarten son were not in danger of losing their school again.

“I have a hard time seeing this picked up and moved elsewhere because so much of the school is built around the buildings and the campus,” Seitz said. “It’s a place that is priceless.”