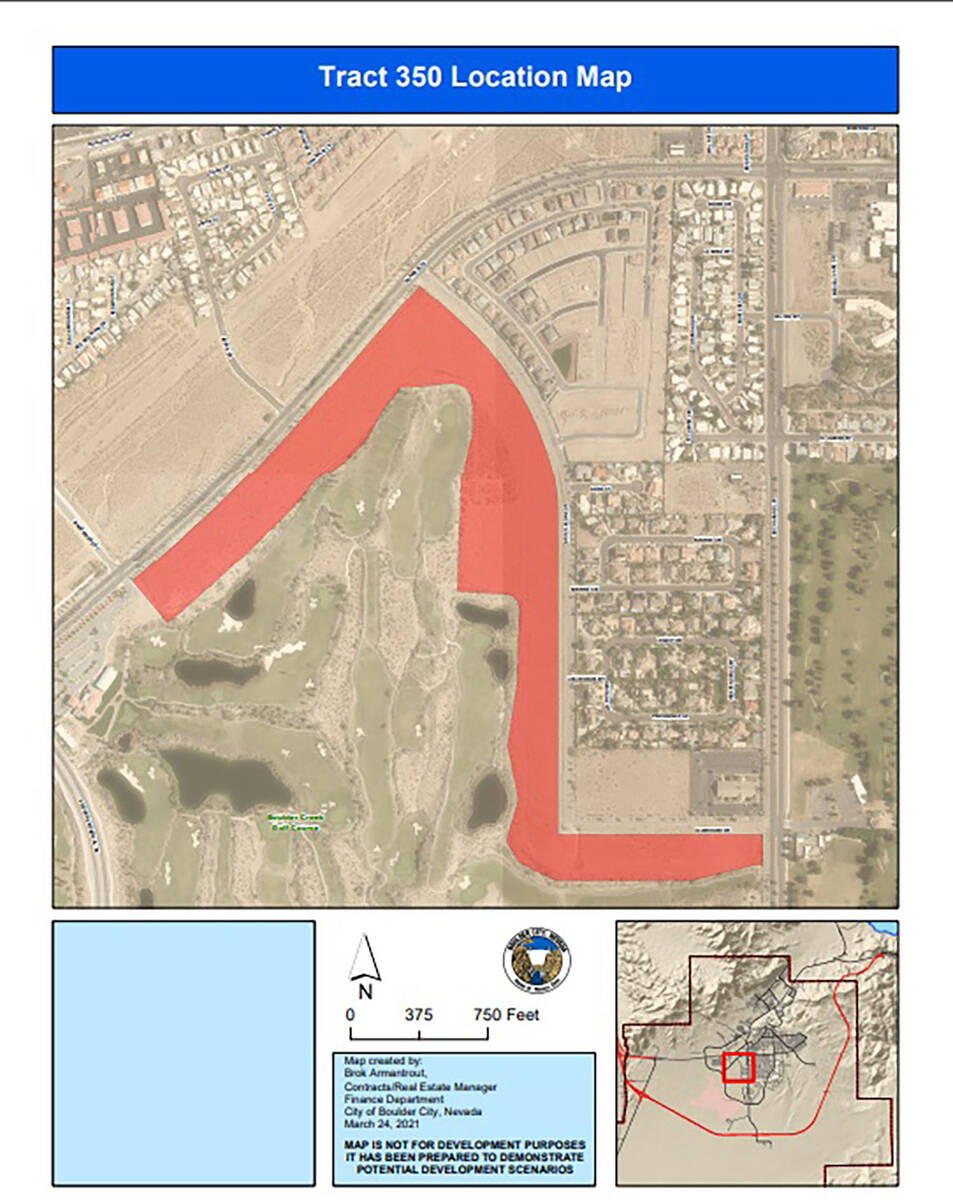 Toll Brothers’ plans to build homes around Boulder Creek Golf Club are in limbo after the city council rejected a plan to reduce the number of residences built on the 43-acre site and the price per acre.

The developer, who had previously proposed to build 185 homes on the site, presented a new proposal to council after meeting with residents. The new proposal would feature 156 homes, eliminating the R1-5 area in the development, and Toll Brothers would pay $638,720 per acre compared to $655,000 agreed in November. He would still build the required stormwater facilities.

Toll Brothers is still investigating the property and the possibility of building there.

During the public comment session, several concerned citizens voiced their opinions, with nearly everyone against the development of the Tract 350. Boulder City residents showed up in droves, with people having to sit on the ground while they waited their turn to comment.

The main concerns raised by the public and the city council were water, rising property values ​​and how the views of the council sitting in November might differ from those of the current council.

“It is wise for us to look at what the community has expressed and their desires. We had a big flurry of people tonight to discuss it,” Jorgensen said.

The land in question is 43.62 acres and was approved by voters in 2010 to be sold for residential development. It was rezoned in 2015. In November 2021, the city council accepted Toll Brothers’ proposal to buy the land in hopes of using the proceeds from the sale to fund a new swimming pool.