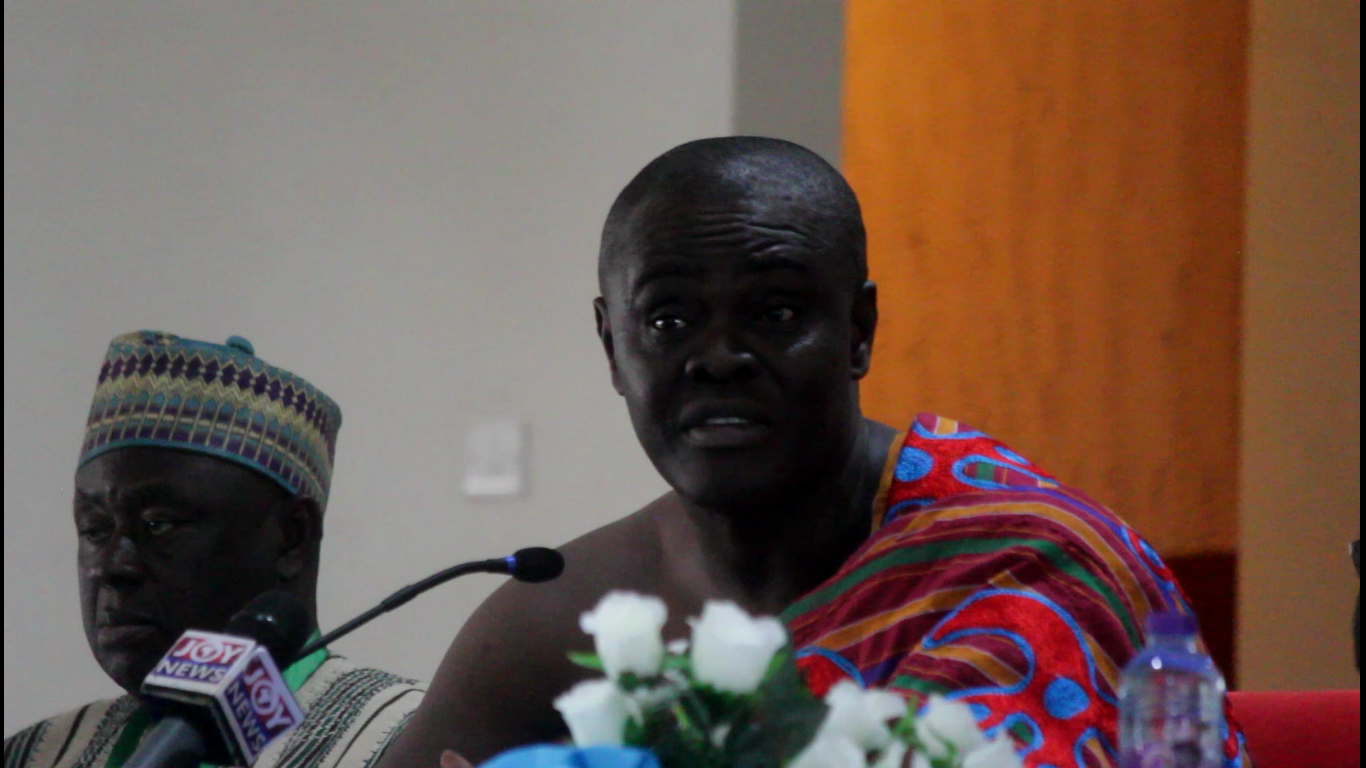 The Chairman of the Bono Regional House of Chiefs, Osagyefo Oseadeeyo Agyeman Badu II has called on the leaders of the Land Survey Division (LSD) to ensure that members involved in the unsound sale of land are punished.

He admits that some chiefs are collaborators in such acts which resulted in many loss of life while others are still embroiled in legal battles with some also depressed.

He also noted that assembly surveyors must ensure the implementation and coordination of projects with their planning units before land registration, as required by the 2020 land law.

The chief, who is also the paramount chief of the traditional area of ​​Dormaa, claimed that the nation would benefit economically if established procedures were followed.

“The land value chain is a huge sector of the economy to leverage positively than this piecemeal approach that leaves more room for charlatans to become relevant than trained professionals,” he said.

He added, “As a traditional ruler, I do not overlook the crude and fraudulent cooperation of some chiefs and opinion leaders with the tacit support of some surveyors to perpetuate land sales without development plans.”

The new land law is clear on violators, but Nana Agyeman Badu II called on the Land Commission and the LSD leadership “to peer review and challenge the professionals shamefully involved in this unhealthy practice”.

He made the remarks at the 2022 LSD Seminar of the Ghana Institution of Surveyors at Sunyani in the Bono Region.

The two-day seminar, themed “Coordinated Implementation and Management of Local Plans for the Socio-economic Development of Ghana”, would provide members with the opportunity to deliberate on the challenges affecting the profession and its impact on socio-economic development. from the country.

Dormaahene, Nana Agyeman Badu II has also expressed concern over non-compliance with land regulations, with evidence suggesting that developers are blatantly ignoring the provisions of local plans in land use.

He called for the involvement of chiefs, landowners and citizens to ensure local plans are successfully implemented.

“I’m asking you as surveyors and land agencies to develop a plan where people can’t develop land when they don’t own it,” he said.

He said he doesn’t believe in demolishing buildings when authorities oversee their completion without a proper plan.

“Now is the time for us to enforce all the regulations we have so that people don’t build to a point only to have it razed so they lose everything,” he said.

For his part, LSD President Isaac Larbie said the nation can only achieve significant economic growth and land development when professional surveyors are involved in the positioning of structures.

“These shortcomings must be repaired and the correct procedure adopted to have meaningful land development,” he said.

Mr. Larbie also highlighted the timeliness of the seminar which he said will enlighten participants and the nation that the role played by land surveyors cannot be underestimated.

He urged members to recognize the role played by other stakeholders in achieving the objective of the theme.