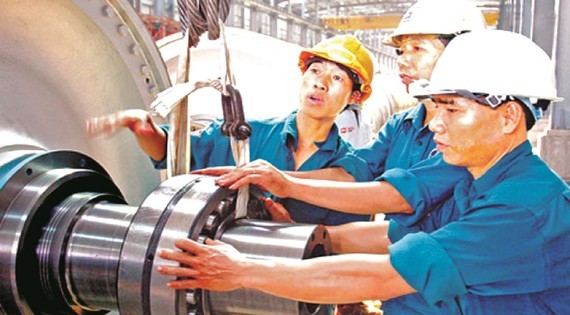 At a recent seminar held to find solutions to the process of shareholding of enterprises, public non-commercial units and disinvestment of state capital in enterprises, the Ministry of Finance said that at At present, the shareholding of state-owned enterprises is still delayed due to many outstanding obstacles. The most important obstacle is related to land issues.

These land issues have been the cause of a number of criminal cases in the past and have caused many local leaders and state-owned companies to appear in court after the completion of the equitization process, due to violations related to land use transfer and conversion. The most common problem is that of determining an enterprise value that is lower than the actual value, which leads to a lot of loss and waste.

Currently, land valuation is carried out in accordance with Decree 44/2014/ND-CP issued by the government and in force since May 15, 2014. According to Article 4 of Decree 44, there are five methods of land valuation, to know the direct comparison. , deduction, income, excess land applicable to land calculated based on the price of land worth VND 30 billion or more, and land price adjustment coefficient applicable to land worth less than VND 30 billion VND. However, these five methods do not have mandatory provisions for a specific application on which method and medium they can be selected, while the same object can give five different evaluation results.

Even the most commonly applied method of determining capital gain based on the price of business land today is also for different values. This method depends on two factors, namely the real estate development income and the real estate development expenses. But these two factors are based on the assumption of ownership, comparison of incorrect sampling, different construction times, price, land allocation, investment rate and compensation costs. This determination depends very much on the subjective will of the actuary, which has impacted and modified the price of the land.

This confused localities, public service providers and public enterprises when choosing a valuation method, and at the same time created a loophole allowing certain interest groups to take advantage and privatize public lands for their own use. That is to say, a number of localities and companies agree and choose the most profitable option of the lowest land price to make the most profit.

A story that has made the rounds of the National Assembly over the past year also concerns evaluation. The State Audit Office (SAV) report indicates that after 45 state-owned enterprises entered post-shareholder audit, the value of enterprises increased by an average of 2.8 times. However, the insiders all understood that this increase in value came from the revaluation of the land after it was authorized by state control.

Mr. Ho Duc Phoc, Minister of Finance, explained the shortcomings in land valuation saying that this ministry will coordinate with the Ministry of Natural Resources and Environment to make a draft proposal to be submitted to the government for consideration. , adjustment and amendment of Decree 44. However, Prof. Dr. Dang Hung Vo, former Vice Minister of Natural Resources and Environment, said that the decree still needs to be adjusted and a number of articles and clauses of the 2013 land law need to be modified and revised because decree 44 is in fact just the concretized part of the law. Therefore, in order to overcome the above shortcomings in land valuation, the law needs to be completely amended.

Representatives of state-owned enterprises have often complained of many problems when determining land value during the shareholding process. Some CEOs also believe that this is the easiest step to manipulate, but the most risky when the pricing policy is inconsistent and unclear. For example, state-owned enterprises stipulate that during privatization, the price of land must be in accordance with the market price, but the market price is constantly changing, while the privatization process takes a long time, sometimes up to several years. . During the shareholding process, many companies have hundreds of plots of land to settle, some of which are not approved because the authorities have to review the land use plan, which takes even longer.

The step that annoys companies after the action phase is the audit. According to some entrepreneurs, when capitalizing companies, the value of land is determined by one method, but when the state audit agency intervenes, it values ​​the land by another method. Even though it is the same method, due to the lack of a quantitative land valuation method, they give different results, and the difference is great. This is also the risk that public companies often face after the equities phase.

Currently, the Ministry of Finance is collecting opinions to finalize the proposal on the separation of land from the value of public enterprises during privatization. Accordingly, the Ministry of Finance proposes to change the Land Law in the sense that when companies convert to privatization, they can only apply the form of land lease with payment of annual rent, and not change the purpose land use after privatization. In the event that the company does not need to use it, it must be returned to the state and will be compensated and supported according to law. Although there are a number of different viewpoints, this approach will help select genuine investors who aim to reform and grow their businesses.