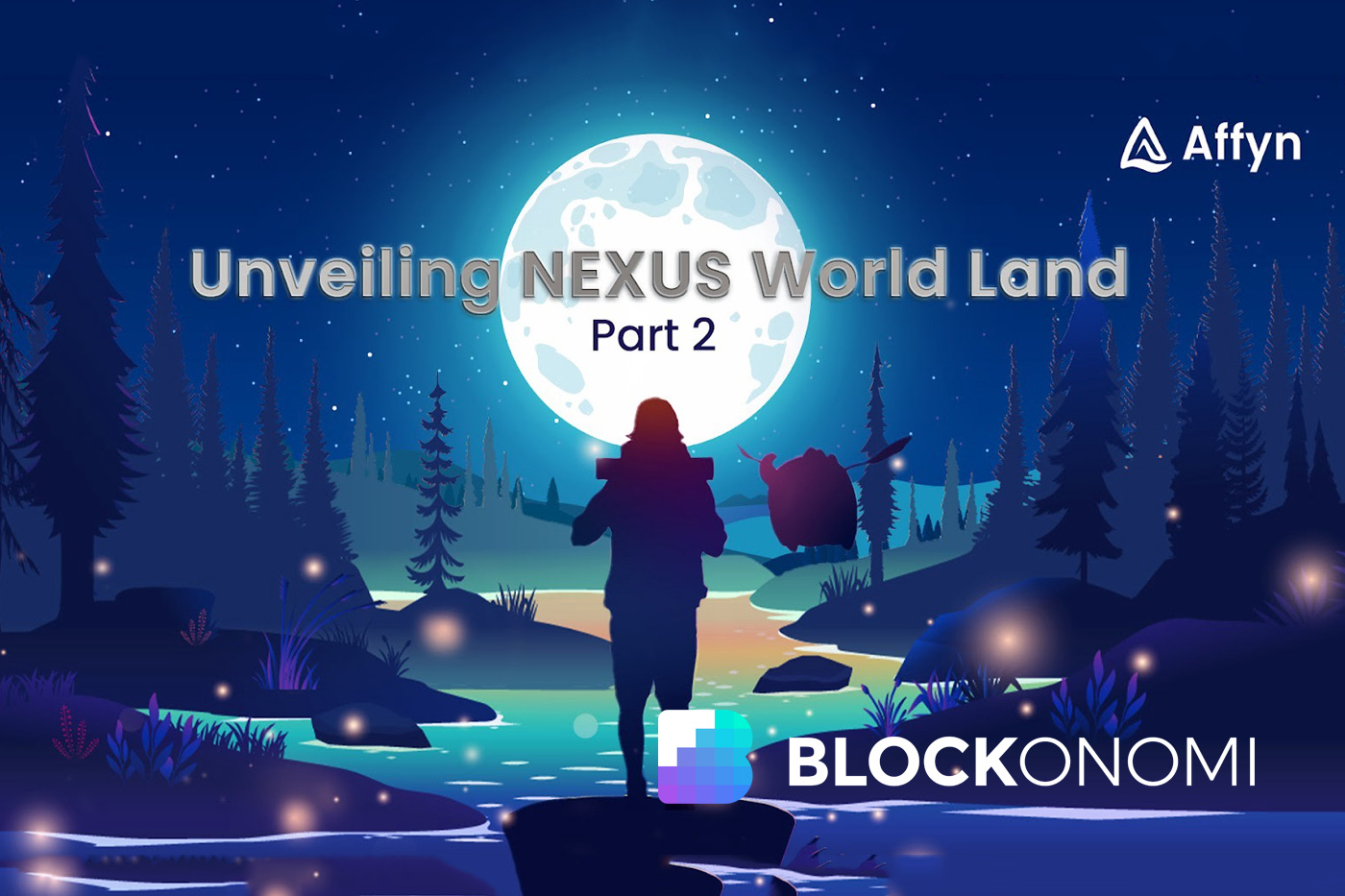 NEXUS World Land launches its sale of land. Users can get their flags, mark their lands, and explore the metaverse with people around the world.

Opening of the sale of the land

Following the accumulation of flags, Affyn, the team behind the blockchain-powered project, launched the virtual land sale on October 8. Now, the next phase of the sale will hit open markets.

The next part of the sale would be one of the largest land deals in the entire history of NFTs, as stated in an announcement made by Affyn on official accounts. All interested users are welcome to register on Affyn Marketplace.

NEXUS world flags, while not NFTs, play a vital role in acquiring land ownership. By catching flags and planting them, participants have the opportunity to claim their land and become owners. The total number of lands available is 100,000.

The more flags a user buys, the more chances they have of obtaining a mythical land, an ultimately rare land.

Land rarity is categorized into four different types and users will need to accumulate a certain number of flags to claim the land they want. Owners of the rarest plots get the highest earning potential in the future.

It is important to note that NEXUS World will let each NEXUS World account have a maximum of 55 flags. Thus, the first buyers are more likely to grab the desired number of flags.

After Phase 1 Flag Sale, NEXUS World will launch Phase 2 Flag Sale in December, according to the GitBook. The city launch, the first NEXUS city, is expected to be unlocked in December.

You can choose and claim plots of land by taking your flags and planting them during a wave of city launches. Each land is a hexagon superimposed on the real world.

Following the successful acquisition of a $20 million investment in February this year, Affyn’s team has been hard at work building and launching NEXUS World, a Play-to-Earn metaverse that combines the best of both worlds virtual and real.

NEXUS World users are encouraged to participate in a variety of activities based on their geographic location. They can obtain and train buddies, as well as use them to participate in game missions or battles. Additionally, players can interact and play with their buddies.

Singapore-based Affyn is a blockchain-powered Metaverse project developed by Polygon that offers players a free-to-play paradigm along with the ability to earn rewards for playing.

Affyn combines the value of gaming entertainment with blockchain, geolocation and augmented reality (AR) technology. It is an extension of the growing Metaverse and Web3 world.

The FYN token is the official blockchain utility token. FYN tokens can be used to buy and sell NFTs, buy and rent property, and participate in a variety of in-game events.

FYN tokens can be exchanged in the real world for a range of goods and services, including those related to shopping, travel and lifestyle.

Affyn wants its customers to be able to earn FYN without having to exchange it for fiat currency. The Affyn team maintains several relationships with business partners spread across the globe.

There will be rewards, privileges and benefits available to customers when using FYN to pay in the real world.