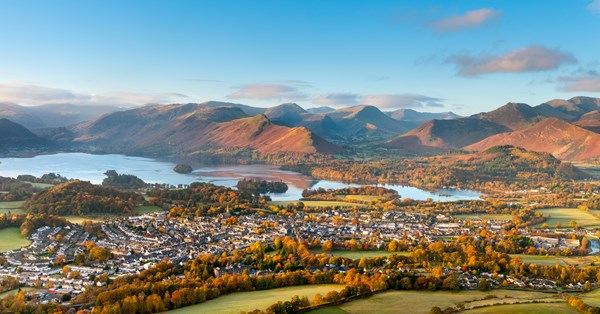 A plot of vacant land provided by a church has been the catalyst for the construction of 40 affordable homes in the Lake District, where many local people are excluded from the housing market.

Half a hectare of land next to St John’s Cemetery, Keswick, was too rocky and waterlogged for burials. The church therefore sold the land to the town’s new Community Housing Trust, which in 2013 built 11 three-bedroom houses on the site. About half are condominiums, while the rest are rented in perpetuity at affordable rents based on local income rather than the current rental market.

The project was so successful that further plots were developed, including one provided by the Methodist Church on the site of a demolished church hall. As a result, up to 200 local people have found homes. Bill Bewley, who chairs the trust, said: ‘There is no doubt in my mind that without the leadership of Keswick St John’s we would not have continued to build the houses we have built.’

The trust was formed after interfaith group Keswick Churches Together highlighted the lack of affordable housing in the town, a popular tourist area next to Derwentwater. Estate agents reported that more than half of the properties they sold were second homes or vacation rentals.

‘When we first discussed this about a decade ago, we knew the average house price in Keswick meant you needed an income of £75,000 a year,’ Mr Bewley said . “It was way beyond the means of most people who worked at Keswick.”

The total of 40 houses, he said, was a great achievement for a small group of volunteers, led by people who gave up their free time to meet Keswick’s housing needs.

“However, at best we have slowed the loss of residences to second homes and holiday rentals. While we recognize the value of the holiday home sector to the local economy, this should not come at the expense of the right of local people to work and live in the community.