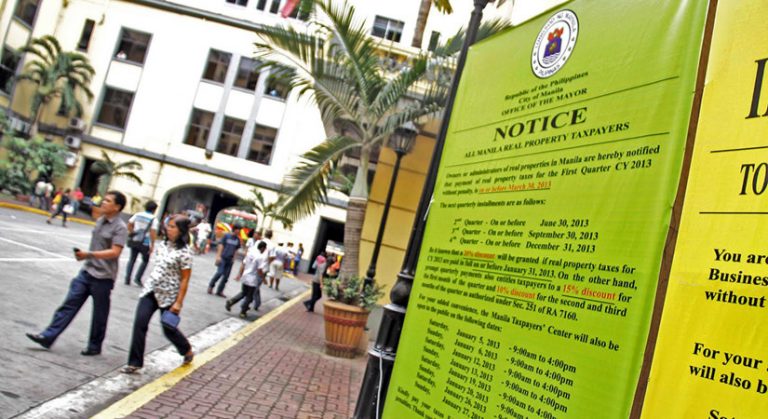 The Ministry of Finance (DoF) said that the income generation capacity of local government units (LGUs) should be strengthened when the property valuation system is digitized.

President Rodrigo R. Duterte issued Administrative Order No.40 late last month establishing the Interagency Governing Board (IGB) to provide policy direction and serve as an oversight body for the project. It held its first meeting on Tuesday to appoint official representatives to the board, identify the project’s target results and monitor progress.

The IGB is chaired by Mr. Dominguez, with a board composed of officials from the National Authority for the Economy and Development, the departments of budget and management, information and communications technology, and interior and local government; as well as the director of the Asian Development Bank (ADB) Jose Antonio Tan III and other officials of the DoF.

Mr Dominguez said the board should aim to help LGUs improve their services and make them more accountable, efficient and transparent.

â€œThe company in which we are engaged today is advancing the decentralization process envisaged in the 1991 Local Government Code,â€ he told the board of directors at the meeting.

“The measures we will take under the local governance reform project will be fully functional and irreversible,” he added.

The local government finance office will be the main implementing body for the program; other agencies with a role include the Bureau of Internal Revenue and other IGB agencies.

The program was supported by a loan of $ 26.53 million from the ADB signed in July.

The stated objective of the loan is to improve the collection of property tax via a valuation reform and the adoption of digital tools for reporting and updating tax maps and property assessment tables.

Reform of the property valuation system to strengthen LGU revenue is part of the government’s overall tax reform program.

The House of Representatives approved its version of the Real Estate Valuation and Valuation Reform Bill at third reading in November 2019, while the Senate version is still in committee. The bill is among the priority measures the executive and legislature hope to pass before Congress adjourns in June. – Beatrice M. Laforga