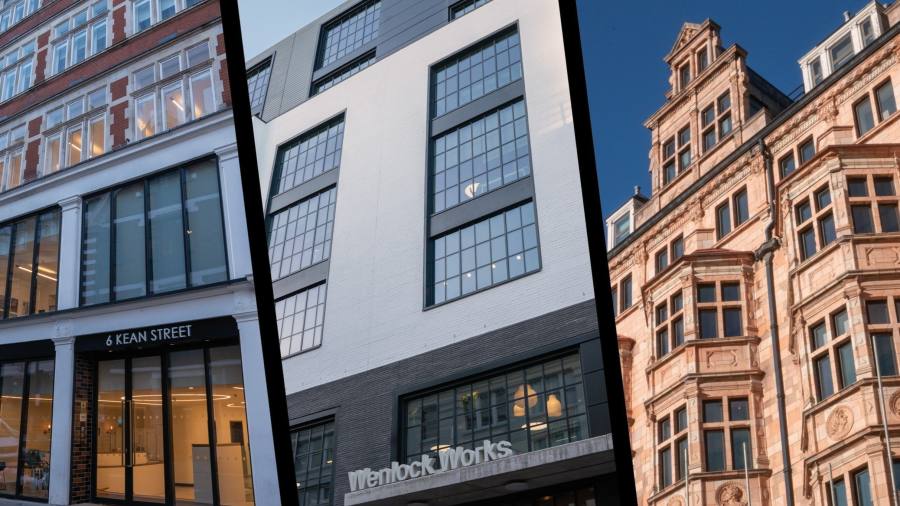 Property funds are dumping assets worth more than £1billion on the London market as pressure mounts to meet takeover requests, with estate agents warning they will have to accept deep discounts to sell.

Fund managers insisted the sales were being triggered as they rebalanced portfolios on behalf of clients, but estate agents said the level of activity was well above normal.

“You could have this number of sales by UK funds in a year. The fact that we have so many on the market at the same time is unusual,” said a commercial real estate agent, who added that the bulk of the properties had come on the market in the past two months.

Funds are under increasing pressure to respond to investor redemption requests from institutions, including pension funds, that deal with the consequences of former Chancellor Kwasi Kwarteng’s “mini” budget in September.

Investors withdrew £184m in October from a sample of retail and institutional property funds tracked by Calastone, the world’s largest fund trading provider, more than double the £89m withdrawn from vehicles in september.

The acceleration in the pace of withdrawals forced the funds to act. M&G and LGIM are the latest funds to defer withdrawals this week on two institutional real estate funds, joining Schroders, Columbia Threadneedle and BlackRock in limiting redemptions.

M&G said it acted because redemption requests exceeded cash balances due “to the fact that some defined benefit pension plan customers needed to either raise cash or rebalance their portfolios, due to volatility. public procurement”. He added that the fund’s underlying assets were still performing well.

The company noted that two commercial properties it owned on the market in central London, valued at a total of £111million, were not linked to the closed fund.

Columbia Threadneedle said it has “ongoing sales and purchase pipelines” across its commercial real estate business.

The funds now have to sell in a very difficult market to free up cash and meet redemption requests.

Commercial property sales have dried up as investors wait for prices to adjust to the new reality of higher interest rates and the perception among buyers is that anyone selling today is under pressure.

“We saw forced sellers for sure, some people having to get their hair cut 10-15% [on price]said Neil Slater, head of real assets at Abrn.

“You will have investors who will have to sell for clients – either due to liquidity needs or strategic allocation changes – and that is playing out now,” he added, retail buybacks have not been as high as many had expected and company ownership funds continue to operate as normal.

Abrn’s property funds currently hold almost a fifth of their cash value as a buffer against redemptions.

The two biggest sales marketed by UK funds are office buildings in prime London locations: Schroders is selling Wenlock Works in Shoreditch for £170m and LGIM is selling a block called Senator in the City of London for £157m. £.3 million.

Both have been for sale since before the ‘mini’ budget, but the commercial estate agent expects both will now have to accept offers well below the asking price. The asset LGIM is selling is not held in the fund that has slowed redemptions, but in a separate limited partnership structure.

“People who are willing to spend money want to know they are buying from a motivated seller. [because] they try to take advantage of the constraints and tensions that exist. . . They are focusing on these fund sales because sellers are under pressure,” he said.

“This is a very stressful and challenging time for fund managers [but] part of the healing process from these downturns is hard selling, which revalues ​​the market and allows you to move on,” he added.

Schroders said his UK property fund “remains focused on disposing of assets where the business plan has been completed and, equally important, reinvesting proceeds and targeting assets where performance can be actively improved by the team”. He added that he expected “strong demand” for the properties he marketed in the capital.