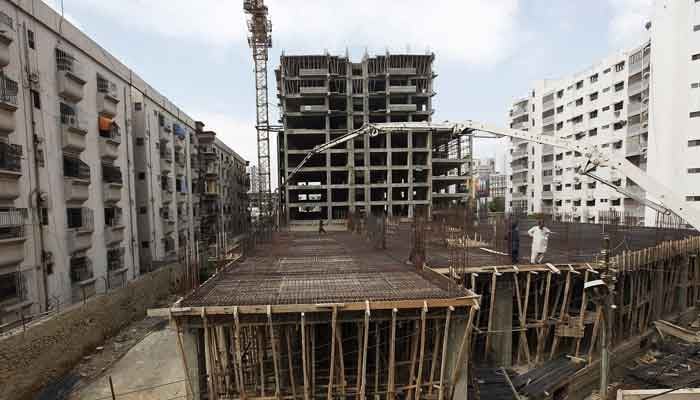 ISLAMABAD: The Federal Board of Revenue (FBR) revised on Thursday property valuation rate in 40 major cities across the country compared to previously notified rates that were performed on December 1, 2021.

The valuation table was first notified separately during the PMLN-led regime when it was set at 20 to 25 percent of market rates. The second time it was revised again during the tenure of the PMLN. In December 2021, the valuation rate was massively revised upwards, but now it has been revised downwards.

Under the World Bank (WB) loan condition for securing $400 million for Pakistan Increases Revenue (PRR), the RBF has increased the valuation rates to bring it in line with the rates of the Marlet. There are three different property rates, including DC Notified Rates, RBF Assessment Rate, and Market Rates. When the FBR notified property valuation rates on December 1, 2021, real estate tycoons and real estate agents cried out and demanded that the government revise them downwards. Representatives of the Real Estate Consultants Association (RECA) met with Finance Minister Shaukat Tarin and convinced him to lower valuation rates. As a result of the meetings, the chief commissioners of the FBR of the respective cities were instructed to hold consultations and the tariffs were revised downwards.

In the case of Karachi, the FBR divided all areas into different categories and explained that the values ​​in the tables are in rupees; (ii) The value is per square meter of the covered area of ​​the ground floor plus the covered area for the additional floors; (iii) The built value of a commercial property is per square meter of ground floor covered area plus the covered area of ​​additional floors, if any; (iv) The value of built industrial property is per square meter of the total plot area plus the covered area of ​​the plot per square foot; (v) The value of a residential building consisting of more than one storey will be increased by 25% for each additional storey, i.e. the value of each storey other than the ground floor will be calculated 25% of the value of the ground floor; (vi) A property which does not appear to belong to one of the categories shown in the schedule below will be deemed to belong to the lowest adjacent category in the schedule; (vii) Whether the land was granted for more than one purpose, viz. residential, commercial and industrial, the valuation in such a case will be the prescribed average/average rate; (viii) Apartment means the covered residential building having a separate property number/sub-property unit number; (ix) In a multi-storey residential building, an additional floor will be charged if it includes a bedroom and a bathroom; (X)

Rates for basements of commercial properties integrated into categories I, II and IV will be Rs. 13,500 per square meter; and (xi) Tall Buildings at Schedule Serial No. 44 means a building with stories above ground plus five. (xii) The value of residential built property (including basement and first floor) may be reduced according to criteria up to 5 years of age of the building structure no reduction is permitted, from 5 at 10 years, 5 10% reduction will be authorized, from 10 to 15 years, 7.5% reduction is authorized, 15 to 20 years, 10% reduction is authorized and beyond 20 years the rate of the plot open will be applied.

The representatives of the Real Estate Consultants Associations, Sardar Tahir and Ahsan Malik, told this secretary that the FBR had notified the appraisal rates with the understanding that these rates would remain applicable for the next fiscal year 2022-23, as recommended by the Standing Senate Committee on Finance and Revenue. . They said there were still discrepancies in the notified fares in parts of Lahore and Sialkot which were above market fares, so they appealed to the FBR to revise their fares downwards.

2022-03-04
Previous Post: Berlin delays sale of park land to review value
Next Post: Division of the board of directors during the sale of the land of Ohesson Manor | News, Sports, Jobs