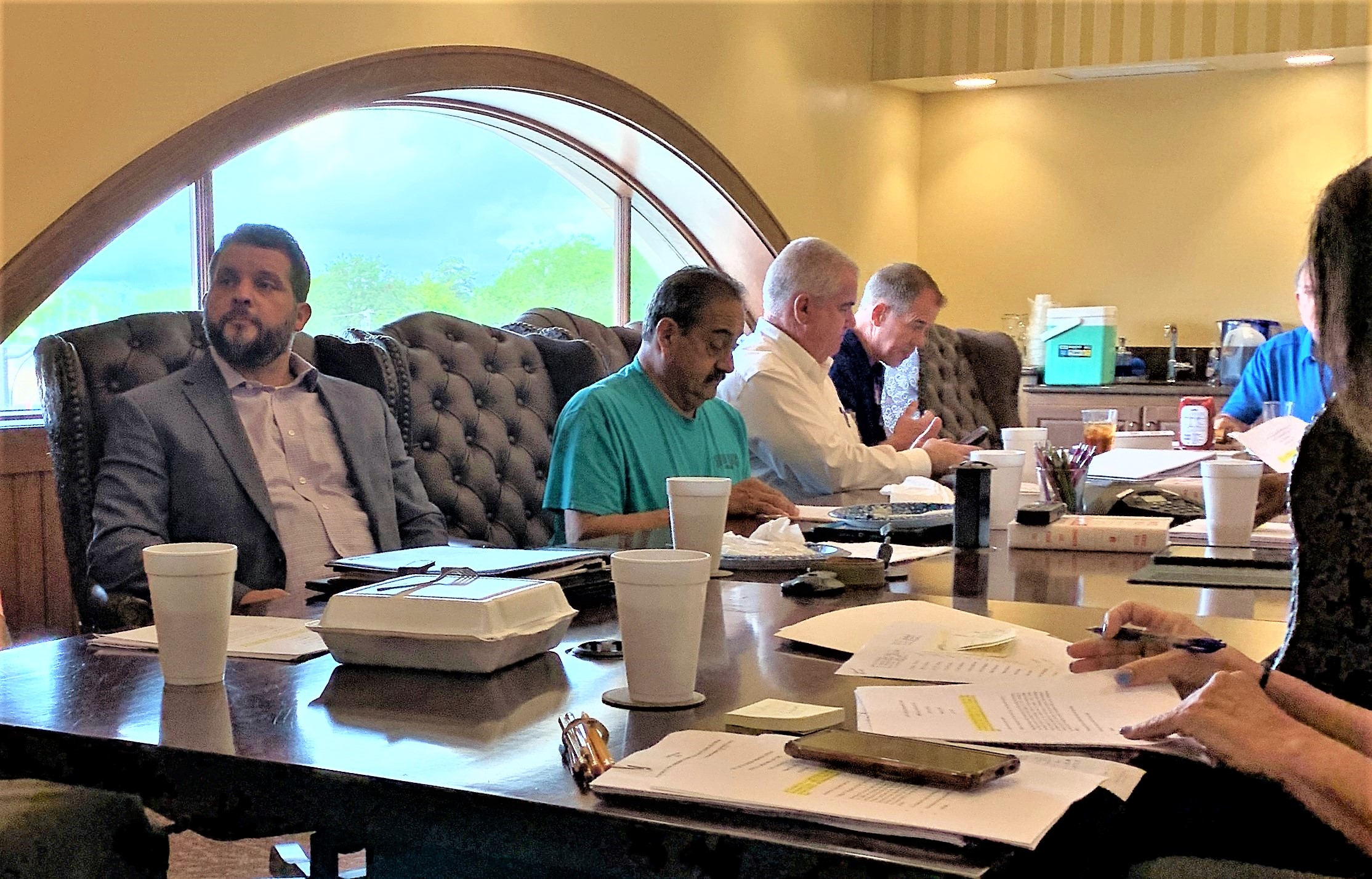 A land sale agreement was reached between the city and Ashoka Steel Mills LLC for the development of 250 acres of the total 4,857 acres of the former Thermo/Luminant mine property on Tuesday. The agreement marks Ashoka’s commitment to invest a minimum of $300 million in the companies and create 315 additional jobs in Sulfur Springs.

According to Roger Feagley, executive director of the Sulfur Springs-Hopkins County Economic Development Corporation, this is the same program used when Lowe’s opened in Sulfur Springs; it just opens up additional incentives that can be offered to the named entity, in this case Ashoka Steel Mills.

The area is the first of two legal steps required for Ashoka Steel Mills LLC to build a facility on the former Thermo Mine property. The second step is agreeing to the terms of a Chapter 312 agreement for a tax abatement on all or part of the property.

The Sulfur Springs City Manager said Tuesday’s actions are notable for three reasons: it will be the largest single industry recruited into the community, it is the first development of the Thermo property and also has the potential to attract other businesses it serves to the region.

Ashoka Steel Mills LLC is developed in conjunction with Melwa Group and Ashoka Capital Group. Melwa, headquartered in Sri Lanka, is an international conglomerate that operates 3 steel mills in Asia and Africa. Ashoka Capital Group, headquartered in the United States, will work with the Melwa Group to establish steel mills across the United States.

Sulfur Springs and Tulsa, Oklahoma were competing to be among Ashoka’s first US factories. Sulfur Springs officials signed the deal Tuesday, with the deal for the tax incentive pending. Three more are planned in the United States, according to the EDC official.

Ashoka plans to invest an initial $300 million in 250 acres on the former Thermo mine property, providing 315 jobs at an average salary of $75,000.

The proposed electric arc furnace steel plant would produce approximately 350,000 tonnes of rebar per year. The Ashoka Steel Mills, Inc. facility, according to documentation for a Chapter 313 petition submitted in April 2022 to Sulfur Springs ISD, would use an electric arc to heat metals instead of a blast furnace. This means that no chimney emits into the air. The factory estimates that 402,500 tonnes of scrap from local areas would be used to produce the rebar; recycling steel, depending on the application, would reduce carbon emissions, making it a clean green manufacturer. The scrap would be transported mainly by rail, or about 8,000 wagons per year and about 40 trucks.

A spur would be constructed from the existing coastal rail that crosses the former Thermo Mine property, now owned by the City of Sulfur Springs.

This is Phase 1 of the development of Ashoka Steel Mill LLC. Trade officials will have the option to expand an additional 150 acres if they wish within 5 years of the agreement, which begins August 23, 2022, which would be Phase 2 for Ashoka. The deal says the company will get the 250 acres with ropes: there will be a $6 million lien on the property until the factory is complete and productions begin. If this does not happen, the property will revert to the city.

The particular land section is on the main eastern haul road. Part of the terms of the agreement is that the city will build the road. The City of Sulfur Springs has applied for a grant, and local authorities anticipate that they should receive notification regarding the status of this grant in the very near future. The City of Sulfur Springs will also need to replace a water main. There is an 8 inch line on the site, but it needs help, possibly replacing it with a larger line.

Feagley said the SS-HCEDC office has been working with Ashoka and the company’s consultant for over a year. He described the company as the least polluting because of the process used to heat and shape the metal rebar. The metal is heated with a gas and moved to a furnace to be shaped from a liquid form. The whole process in the units will be robotized, to reduce the potential danger to workers, who will continue to supervise robotics and other operations. He said it was expected that 30 to 40 engineers would be needed, which Sulfur Springs and Hopkins County would not be able to fully staff, forcing some engineers to travel from other areas.

Ashoka Steel Mills LLC would establish a corporate headquarters or at least corporate facilities in Sulfur Springs with the facility, officials said.

In April, the Sulfur Springs ISD board of directors agreed to consider a request from Ashoka Steel Mills LLC for a limitation on the appraised value of a qualified property to be completed, then send it to the state for review for Section 313 compliance and then, if approved, to review the application of companies considering establishing a facility in Sulfur Springs.

According to the Comptroller’s website, Assistant Comptroller Lisa Craven wrote in a certification filing a letter to SSISD Superintendent Michael Lamb on August 5, advising the school district that, based on the office’s review of the application , assuming the accuracy and completeness of the statements contained therein, the controller issued a certificate for a certification for a limitation of the appraised value . The certificate, whatever it is, depends on the receipt and acceptance by the SSISD of the decision of TEA. If the Chapter 313 agreement is granted by the SSISD by December 31, 2022, Ashoka would be required to follow the provisions of the Texas Economic Development Act agreement.

The Chapter 313 agreement submitted to the Comptroller shows Ashoka plans to seek county, city, school and hospital district cuts from 2025 through 2034.

The Sulfur Springs City Council at its June and July meetings agreed to establish a reinvestment area for Ashoka Steel Mills. A reinvestment zone is necessary for a company to apply to certain tax entities for tax incentives. For example, Ashoka Steel Mills could not apply for a tax abatement from the hospital district without a reinvestment area being established. The company has also indicated its intention to seek a tax incentive from Hopkins County as well, according to Feagley.