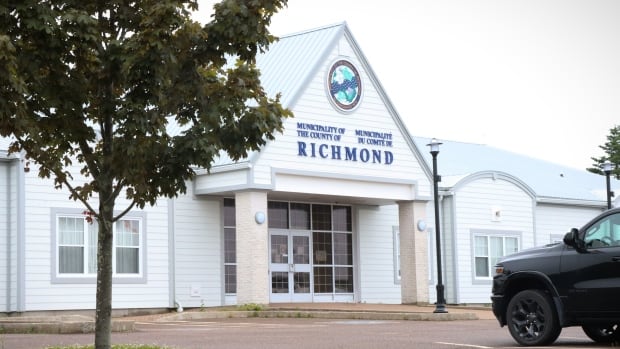 Friday’s Richmond County tax sale includes a wide range of properties with unpaid taxes and other costs, including one auctioned for more than six times its value.

That’s because there was a building on the property at one point, but the county had to tear it down and add the cost of cleanup to the tax bill, Warden Amanda Mombourquette said.

Most tax sales are for properties with a variety of amounts owed, Mombourquette said.

“It’s not unusual,” she said. “In this case, there is a whole range, but as I said, it is often due to other factors which contribute to this price being so high.

None of the properties are redeemable

The tax sale is a public auction that begins Friday at 10 a.m. at the Arichat municipal office.

It comprises 28 properties, most listed as land only, but one includes land and a dwelling.

None of the properties are redeemable, which means that once sold, the previous owner has no chance of footing the bill to get the property back.

Tax sales are happening more frequently, but aren’t an indication of a huge problem for Richmond County, Mombourquette said.

“I definitely wouldn’t go out on that branch, but in the past, Richmond County only did one tax sale a year,” she said.

“We’re getting a bit more aggressive and doing two sales a year now.”

It seems unlikely that someone would want to buy a plot of land for $109,000 when it’s only worth $17,000, but municipalities are obligated to try and recover taxes and costs owed, Mombourquette said.

If a property doesn’t sell for the value of its outstanding bills, the county can re-list it later for less, she said.

The Richmond property with $109,000 in taxes and fees to pay isn’t the highest on the island.

Last year, a tax sale in the Cape Breton Regional Municipality included properties with taxes and costs owed ranging from $600 to $349,000.

In this case, the vacant lot on Main Street in Glace Bay that once housed Billy D’s Lounge was valued at $31,500 for tax purposes, but listed on sale for taxes at $349,000.

The building burned down in 2016 and the costs included back taxes, as well as costs incurred by the municipality to clean up the grounds.

Meanwhile, a tax sale earlier this year in Victoria County drew a record number of bids.

The county has since issued a request for proposals to find a real estate agent to market the municipal properties.

Mombourquette said this could be a strategy to copy.

“We’ll definitely watch them and talk to them about their experience going down this path, because it’s definitely not something we’ve considered in the past,” she said.